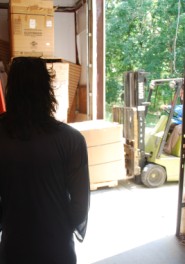 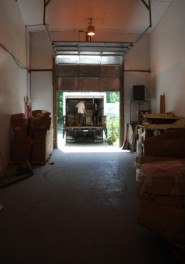 See what BLUE can do for you!

An OEM with an excess inventory of 121 line items that cost them $250,000 to purchase decided to sell the inventory to generate revenue for a new project.

The first step was to contact a group of twenty brokers and independent distributors that they found on the internet and ask them to make an offer on the entire lot. They only received four offers, one from PCC and three other offers, all of which were less than $10,000.

Since these offers were not acceptable, the OEM's next step was to tell the group that they would accept line item bids.

PCC had just started to advertise the entire list on the open market when we received a call from a distributor in Europe. The buyer was interested in Signetics part number N82S147AN and asked PCC for a quote on the 10,153 pieces that we were advertising.

PCC did some research and learned this was a Bi-Polar PROM made by Signetics which originally sold for $.75 each, although market value today appeared to be in the ten dollar range. As it turned out, the European distributor actually needed 50,000 pieces for its customer in France and was buying everything on the market. With the exception of the parts owned by this OEM the market was completely dry.

The problem was that four distributors were now advertising the same part and the European distributor was calling all of them.

PCC was first to contact the OEM who owned the parts. The OEM told PCC they would sell them to PCC for $.40 each, which was $4,062.20. PCC explained that these parts were worth much more, because they were in short supply and that the market demand was high. PCC explained that it wasn't sure what the customer would pay but that if the OEM who owned the parts was willing to allow PCC to negotiate for a higher price, that PCC would split the sale with them.

The OEM agreed that this was the approach they wanted to take, and asked PCC to hold out for a higher return. PCC quoted the distributor in Europe $12 each, and after three days, received a purchase order for $121,836.

Delighted, PCC called the OEM who owned the parts to tell them the good news, only to find that the parts had been sold. The OEM explained that they sold all 10,153 pieces two days ago to another distributor which was in the original group that received the list at the same time as PCC. The parts were sold at $.40 each.

If the OEM had allowed PCC to sell their inventory on consignment they would have received half of $121,836 for this one line item, and PCC would still be selling the other 120 line items and sending the OEM statements with checks for items sold every month for years to come.

This story illustrates that buying and selling on the open market is a complex process. The market is driven by supply and demand and when you have inventory to sell your are best to leave this process to professionals in the field that you trust.

As a consignment customer, PCC would have split the sale with the OEM. The OEM would have received $60,918 for this part alone. Instead, working with 20 distributors, the OEM received $4,061.20.

The EasyCash™ and FairCash™ consignment programs, administered by PCC, are solid programs that you can trust. Please take a few moments to review the written Programs Description and we think you'll agree. We believe PCC is the distributor you should choose to sell all of your inventory and that no other program offered by anyone in the world can compare.

EasyCash™ and FairCash™ are Trademarks of PC Components.